Musings from the control tower

I am a control freak. I know a lot of people describe themselves this way, but I truly have a problem. Friends have tried to help me by explaining that everything is actually outside of my control and that what little control I have is merely an illusion. An interesting concept I have yet to embrace.

I think most control freaks also hate crowds precisely because it's impossible to control a mob. I also hate lines (can't control what's in front of you). And, I hate vacationing spots where other vacationers are vacationing - I prefer to maintain another illusion that I'm the only one enjoying the scenery.  Ludicrous, I know. 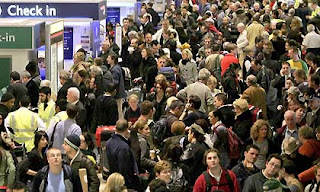 Busy airports make me nuts - there are lines and crowds and vacationers - an unfortunate combination for my control issues. My mother has gently suggested that I ask my doctor for tranquilizers when I travel in order to allay my stress levels.  What she fails to understand is that when you're tranquilized, you lose control even more.

Yesterday, I flew home from Florida with Bill. Typically, I opt for the aisle seat (more control issues). As I sat down, I spied a couple of people who had taken the seat behind me and to my left.  These two were going to be the key to my happiness since their conversation would be the one I was most likely to overhear. They were clearly fighting with each other - I know that 'slow burn' look.  Their state of distress, however was my good fortune: if they weren't on speaking terms I wouldn't be bothered by their inane drivel (PS: I'm judgmental, too). Unfortunately, a chatty Canadian who was also on the same cruise as the unhappy couple sat down in the third unoccupied aisle seat. Thus, began a long and tedious conversation which I had the misfortune of overhearing ( and passing judgment upon) during takeoff and the slow ascent.

Luckily I had remembered my iPad. Earlier this year my son, Will had downloaded a bunch of albums for precisely this type of situation. I fished around for my earphones in my huge carry-on (which I call a "purse"), plugged in and tuned out. My first selection: Miles Davis - Birth of the Cool. 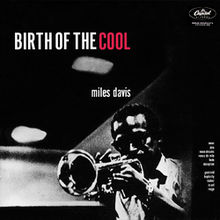 To me, this is an almost perfect album. The only thing I would've left off was the last track: "Darn that dream". It has vocals and stupid lyrics. Since I was trying to drown out the chatter of my fellow travelers, listening to this song just made me mad. So, I switched to an equally incredible album:  Herbie Hancock - Maiden Voyage. 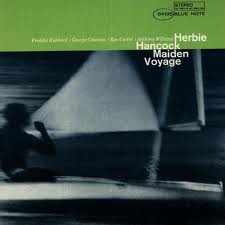 Just as "Dolphin Dance" began, the airline attendant came around with my gin and tonic; I paid her with my Southwest coupon, raised my glass to my sleeping husband (the perfect traveling companion) and slipped into a 15 minute blissful nap. 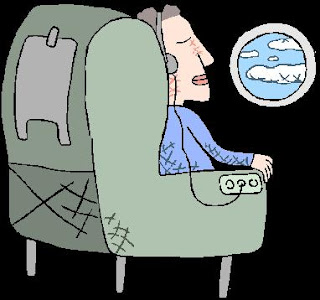 I had successfully manipulated my surroundings to create the illusion of tranquility.

Just what my mother wanted for me.