Many people believe that a perfect union is one in which both parties have the same ideas about how to (a) raise children and (b) handle money.Those are big issues and if you don't see eye to eye there will  be conflict. However, I've always believed that the key to a happy marriage is that both parties must have the same level of tolerance for what I'll call 'disorder'. 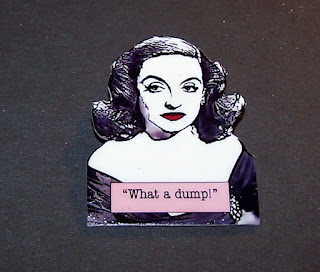 We all know people whose homes are very clean... almost antiseptic; others who homes are always picked up and orderly; still others who have a certain amount of disorder; those who thrive in chaotic homes and, lastly the currently popular category known as HOARDERS.

When I met Bill, he was seriously descending into what I would consider hoarder mentality. Once we were married and I moved into his already established house I started to impose my system on him - i.e. I started to pitch things. And, I mean I seriously pitched things out the window and into a rented dumpster in the back yard. This took some mental fortitude since Bill was ADAMANT that I not touch his stuff. I didn't throw stuff out during the honeymoon period or anything ... I waited a few months and did it over a period of  time and I did it when he wasn't home. I was newly married and very naive. But, I was cagey. I started in the attic and moved down.

By the time Emma was born, the house had a tolerable level of disorder. I was content. And, Bill didn't seem to mind.  It wasn't until Emma was about 4 when we were blessed to find the most wonderful nanny who  elevated my disorder level to a much higher level of orderliness. Bill sometimes complained that he couldn't find things, but, for the most part, I thought he appreciated the tidiness.

We've shared a walk-in closet for 17 years. It has varying levels of disorder -depending on my mood, my energy and the time of the month. Bill has NEVER said that he wishes I would pick my side up, or that he hates how my shoes are strewn, or how my housecoat is invariably draped over something of his. All this time I've figured that his tolerance for disorder mirrored mine exactly - even during the ebb and flow of my acceptance of messes.

But, now I've finally figured out that his tolerance has nothing to do with the amount of disorder or order in our house - he's just highly tolerant of me.
Posted by Liz Savino at 7:40 PM